The Top 5 Things To Do in Cologne Germany

The Top 5 Things To Do in Cologne Germany 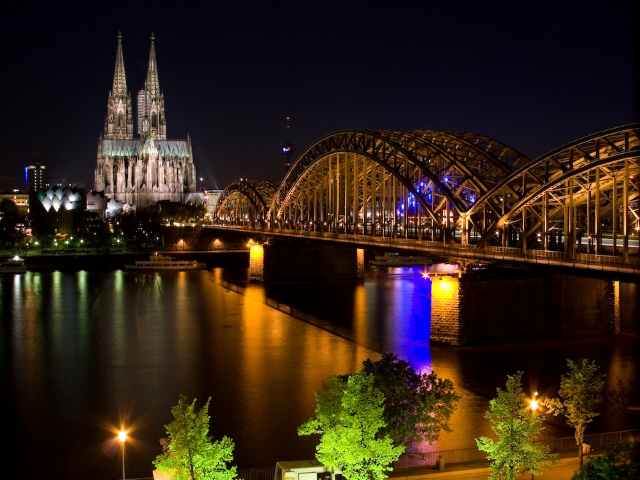 Here are the top 5 things to do in Cologne Germany.

1. Enter the The Cologne Cathedral 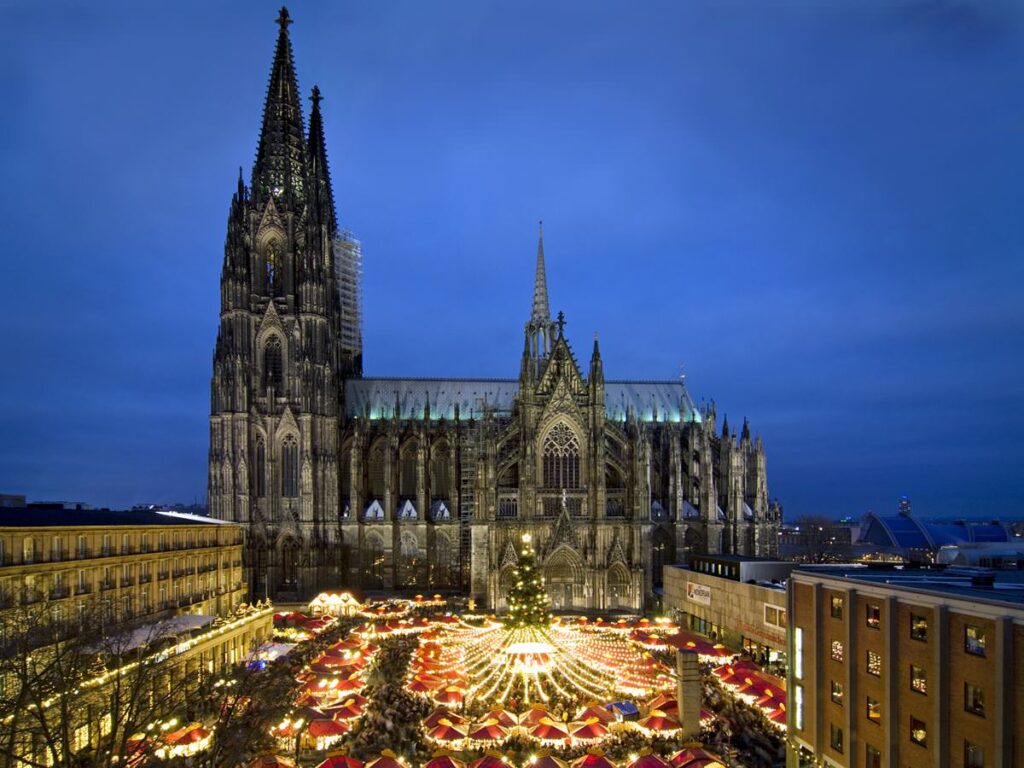 This massive Gothic Cathedral was under construction for nearly 500 years until its completion in 1880. It is undoubtedly Germany’s most famous religious edifice. With its two massive towers, it serves as the defining emblem of Cologne’s skyline. Going to the top is fantastic. It will be a long climb, but it will be worthwhile. Make sure the clock tower is open if you go.

Inside is an impressive shrine to the Three Kings of the Nativity, which purportedly houses their bones. There are crypt tours available and the option to ascend upstairs (for a charge) if you want to torment yourself with a million stair steps.

2. See Picassos in the Ludwig Museum 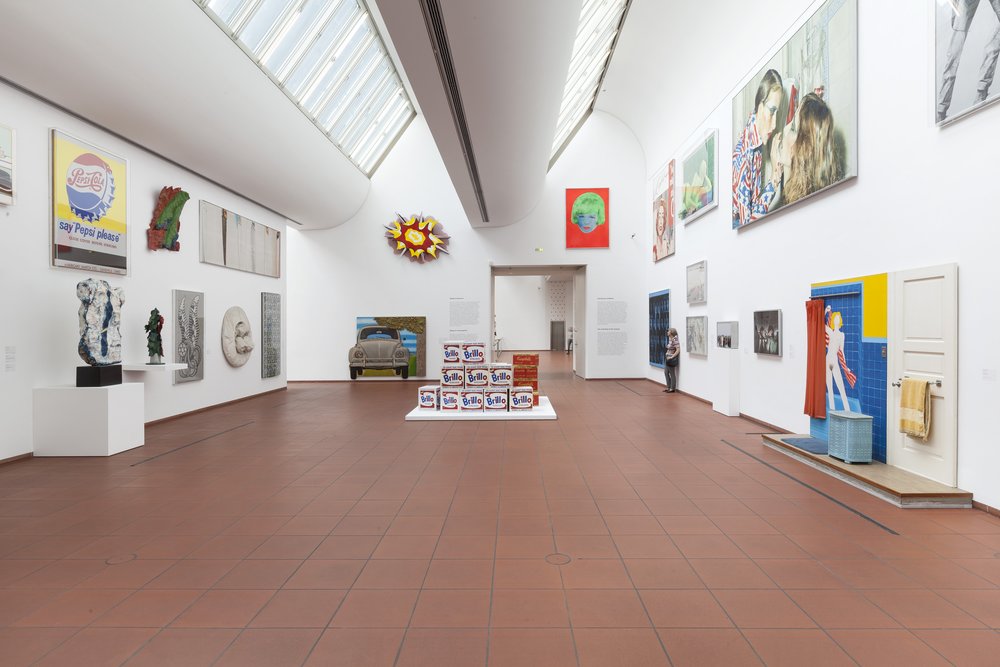 The Ludwig Museum sits on the Rhine River, near the Cologne Cathedral and the central train station. The structure itself is new and shared with the Cologne Philharmonic.

This art museum’s collection is vast, ranging from Dali to Warhol to one of the world’s most significant Picasso collections. It is open Tuesdays through Sundays (including holidays) from 10 a.m. to 6 p.m. and every first Thursday of the month until 10 pm.

3. Visit the Cellar of the City of Cologne NS Documentation Centre 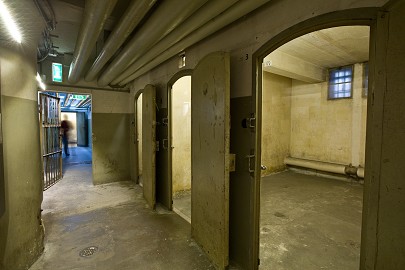 The Cologne City Council established the National Socialism Documentation Center in 1979. And it has since grown to become the most fantastic regional memorial site in Germany for Nazi victims. It has been headquartered in “EL-DE Haus,” the EL-DE building, since 1988> Moreover it is named after its owner, Catholic industrialist Leopold Dahmen. Between December 1935 and March 1945, this building housed the Cologne Gestapo (secret police). Several hundred individuals were murdered in the courtyard of the building during the closing months of the war; most of them were foreign forced workers. Prior to their execution the prisoners were housed in the cellar. In a historical irony, the EL-DE edifice was mostly unaffected by the war’s damages.

4. Cross the Bridge of Hohenzollern 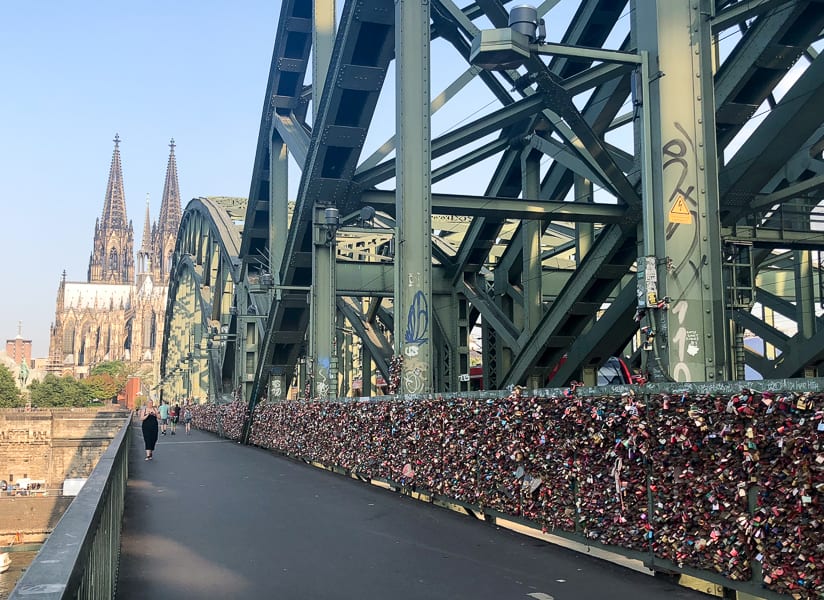 The Hohenzollern bridge is a railway bridge masterpiece, even though its terrible location – landing right next to the Cathedral – drew more bombings during World War II aimed at the Cathedral. It blends ancient and technical viewpoints and is stunning from the Deutz side. As it has been for over a century, the bridge is still fully functioning for pedestrians and is a significant railway link.

This bridge, with the Cologne Cathedral in the background, may provide for some unforgettable photos, especially at night or in the evening. While strolling across the bridge, keep an eye out for the hundreds of padlocks with initials carved in by couples declaring their love. They then throw away the key into the Rhine as a sign of an everlasting commitment to one another.

5. Stroll in the Botanical Gardens Flora 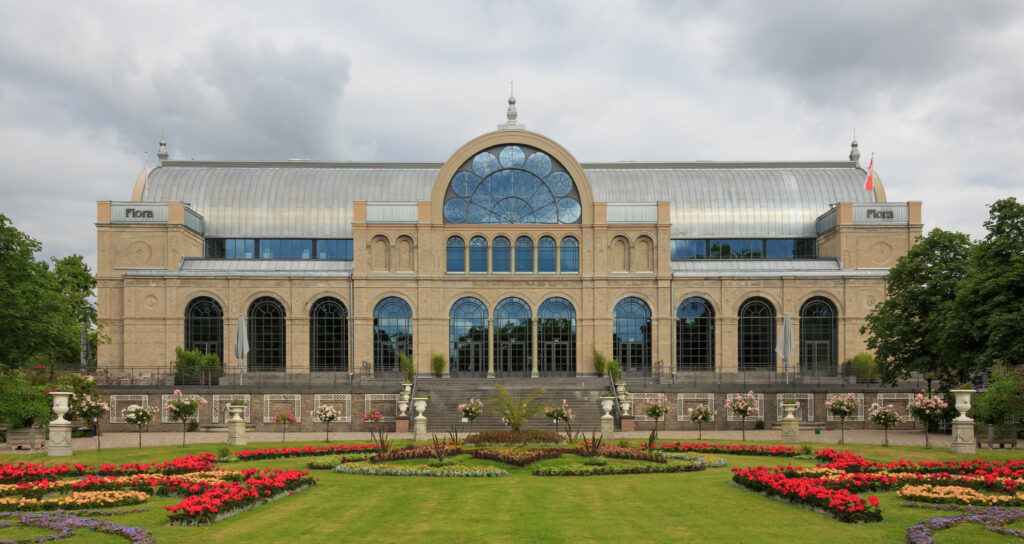 Botanical Gardens Flora provides a pleasant and serene respite from the city’s crowd. A short rail trip from the city will take you to the large park area with the zoo and botanical gardens. This garden along the Rhine River originates from the 1800s and is made up of cacti and plant huts. The gardens are open every day from 8 a.m. till sunset. Plant houses are open from 10 a.m. to 4 p.m. from October to March and from 10 a.m. to 6 p.m. from April to September.

Other Things To do in Cologne

A Solo Tour Guide is a private tour guide for solo travelers. They look after the safety and welfare of their guests at all times, planning a trip according to your interests. To book a Solo Tour Guide to make the most of your trip to Cologne, please click here.