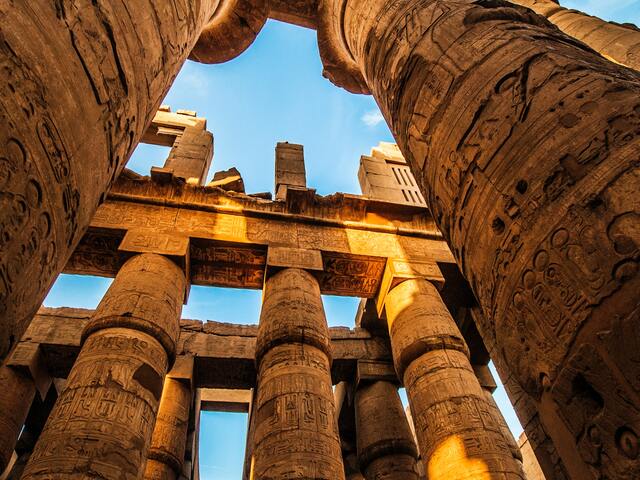 The capital of Ancient Egypt is Luxor. Thus, the best place to discover Egyptology is undoubtedly Luxor, but know what’s even better? Having an Egyptologist by your side to explain every detail that you might miss. However, not mandatory, it is highly advisable. Indeed contact your local guide for Luxor who specializes in looking after the safety and welfare of the solo traveller. For more info click here.

Being one of UNESCO’s world heritage sites, Luxor is certainly an important city in ancient Egypt. Another one its names is “the world’s greatest open-air museum”. This is because of the majestic temples that are all outdoors. For example check out the Temple of Karnak, the Luxor Temple, and Queen Hatshepsut’s Temple, the tombs, and other magnificent monuments that it holds.

This is the place of the crowning of the Egypt’s pharaohs. Built from sandstone, this temple holds the distinction of being the “Theban Triad”. A triad of Egyptian Gods. Initially converted to a church, then later into a mosque. It is one of the oldest buildings to exist archaeologically.

Valley of the Kings

The ancient pharaohs’ tombs lie here. Not just a couple of them, but 63 tombs including that of Tutankhamun (King Tut). King Tut was a “boy king” since he died at just nineteen.

This was a temple built as a place of worship for the pharaohs who have deceased. Otherwise known as a “mortuary temple”. The architecture of the temple has various terraces. Amongst the shrines, there are the Hathor shrine, the Anubis shrine and the Amun shrine. Also in this area the Solar Cult Court, the Mortuary Cult Complex and Foundation Deposits are on view.

Another mortuary temple, the Temple of Ramesses III is located in Medinet Habu.

These are two huge statues made of stone, built in the appearance of Pharaoh Amenhotep III seated down. They have been destroyed by earthquakes in the past but have been rebuilt by the Romans. This monument is always first to be noticed by tourists owing to its size and being located right beside the main road.

This is another one of Egypt’s mortuary temples dedicated to God Amun. The temple’s Egyptology dates back to the arrival of Napoleon Bonaparte in 1798.

This museum was built in 1975 and contains ancient artifacts and tombs of ancient pharaohs.

Another place to check out for Egyptology is the Egyptian Museum in Cairo Egypt.