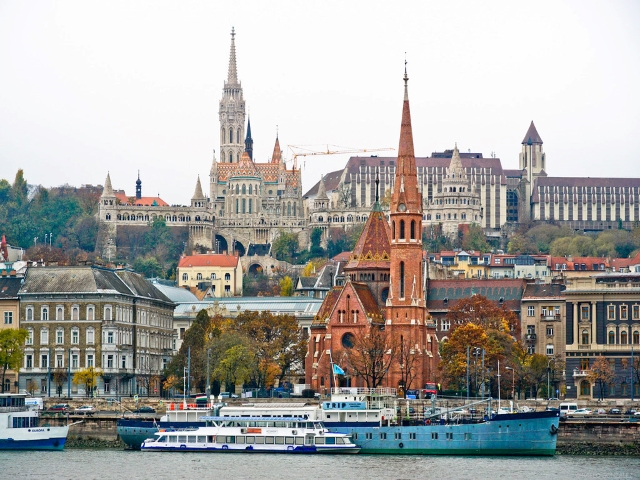 The domed neo-Gothic structure, inspired by the British House of Parliament, functions as a bustling government center and a proud municipal icon on the Danube’s banks. It’s an absolute must! Don’t forget to see Szent Istvan’s Crown and the Parliament’s meeting chambers, halls, and staircases. Particularly notable is the large National Assembly Hall. You may take the subway to the other side of the Danube and snap photos or have a beer/wine. It is one of the most beautiful sites in Budapest! Visible from any place on Buda’s side, as well as from across the bridges. 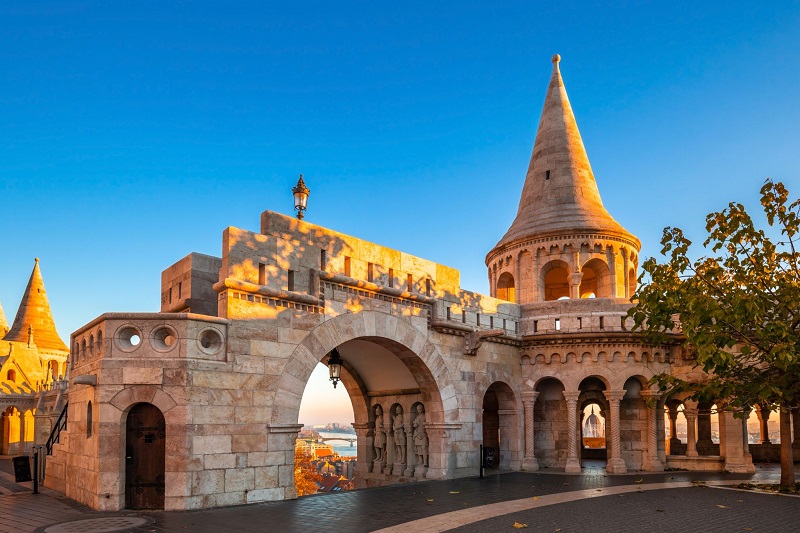 This mimic stronghold was built in the 19th century for the Hungarian Millennium celebrations and has pointed towers and turrets evocative of Disney World’s fantasy castles. At Buda Castle Hill’s summit lies a beautiful location overlooking the entire city of Budapest and the Danube River. You may appreciate the unique landscape and mythological atmosphere with a cup of Hungarian wine. The “faux castle” region offers breathtaking views of Budapest, so come prepared to snap some shots. The Matthias Church, named after one of Hungary’s most exemplary rulers, is an architectural marvel inside and out. The surrounding neighborhood is densely packed with stores and eateries.

This huge parish church, built between 1851 and 1905, seats 8,500 people and has a spectacular 300-foot neo-Renaissance dome. The St. Istvan Basilica is the spiritual heart of Budapest. In its traditional Romanic style, it is magnificent. Every year, millions of people visit the Basilica, including Popes Johan Paul II and Francisco. Appreciate this hallowed area while maintaining respectful quiet during Holy Masses. The Basilica’s façade is a lovely sight, full of character and architecture, and a perfect location to sit near and have breakfast or a late-night drink in its shadow. The inside, however, is the jewel of this establishment—everything you’d expect from a large Catholic church and more.

The Danube River is the ‘City of Water”s lifeblood. The walks along the beach are both enjoyable and relaxing. After touring Parliament, travel down the river to the Central Market, passing by the dozen or so docked river boats. Stop by one of the cafés with views of the lake, or walk through the nearby neighborhoods. Riverfront walks along the Danube are both romantic and lovely. The scenery is magnificent. The Chain Bridge and the Parliament Building are must-see sites at night. The large dining and tourist cruises traveling up and down the river are also lovely in the evening.

This enormous 13th-century palace was destroyed by fire during WWII and rebuilt with modern interiors while incorporating concealed walls and ancient components that stayed hidden throughout the decades. You may get some great views and admire the architecture. For refreshments, there are a few coffee shops nearby. The national gallery is also located nearby, which is excellent.

Other things to do In Budapest Hungary

TO full enjoy the things to do in Budapest, book a Solo Tour Guide, a local friendly person who looks after your safety, welfare & interests at al times. Click here to see who is available.